Healing from Colonization: A Conversation with Edgar Villanueva and Hilary Giovale 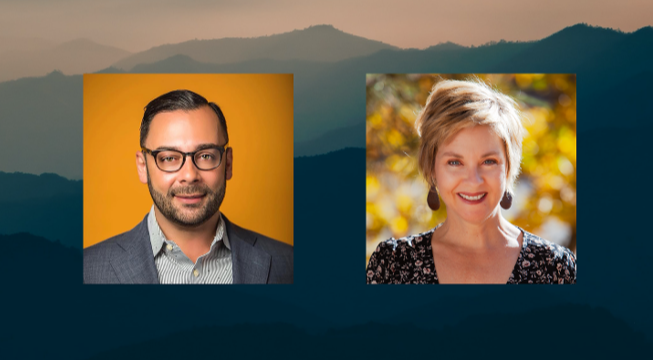 On October 13, Pachamama Alliance Co-founder Lynne Twist hosted Edgar Villanueva and Hilary Giovale for a conversation on healing from colonization. Edgar and Hilary spoke about the work they do—both individually and in connection with one another—to heal from colonization, while also touching on the importance of reparations in repairing generations of harm.

The speakers’ lineages are connected from 1739, when Hilary’s ancestor received a land grant in the region where Edgar’s ancestors lived. Today, Edgar is a racial justice activist, philanthropist, and author, and Hilary writes about her journey of decolonizing her mind, healing from white supremacy, and learning reparations-based philanthropy.

Apologies: An Opportunity for Accountability

Five years ago, Hilary learned that one of her ancestors had received a grant of stolen land in North Carolina—where Edgar’s Indigenous ancestors had lived—and that her ancestors had enslaved people. About a year after Hilary discovered this painful family history, she and Edgar met at an Indigenous Intertribal Gathering on culturally appropriate fundraising and philanthropy. Edgar was writing a book on the topic at the time, and he and Hilary connected over his work. Being in conversation with Edgar made Hilary realize that they were directly connected through ancestry and colonization.

As Hilary was reading the portion in Edgar’s book about apology, she heard a voice telling her to apologize to Edgar on behalf of her ancestors. At first she thought, “I can’t do that, that’s dangerous, that’s going to create more damage.” But as she spent time connecting to the land by her home, she began to see this moment as an opportunity, and felt that her ancestors were asking her to take accountability for their family history and legacy. Hilary eventually wrote and sent an apology letter to Edgar, who still has it to this day.

Decolonizing the Mind Through Truth-Telling

As Hilary described the process of writing an apology letter, she spoke about how she revised the letter over 50 times. She explained that the revisions were necessary because of the “layers of colonial conditioning” that were present throughout her apology, such as the tendency to justify, erase, and downplay. For Hilary, it was important to persevere in working past the colonial conditioning and apologize in a way that fully acknowledged the truth of what had happened in the past.

Hilary went on to explain that some people see apologies as a way of “letting yourself off the hook” and assuaging guilt. But as she made clear, apologizing put her on the hook. Through this process of apologizing, Hilary came to realize that after “nine generations of settlers” in her family, she had the opportunity to be the generation to tell the truth and to be accountable for what happened through colonization and an economy built on the labor of enslaved people. As Hilary put it, apologizing is the start of taking responsibility and turning things around in a different direction.

Acknowledging Trauma as the Way Forward

For Edgar, reading the letter was an emotional experience, one in which he felt seen and heard. He went on to explain how the impact of trauma and oppression on Native peoples and communities isn’t widely understood. As a result, Native peoples are often subject to negative stereotypes that fail to acknowledge that not everyone has the resources or coping mechanisms to “pull themselves up by the bootstraps” when facing generations of oppression. As Edgar put it, the letter had left him with the sense that somebody was seeing history the way he knew it and was taking responsibility.

As Edgar recounted his experience of reading Hilary’s apology letter, he spoke about the love and evolved spirituality it takes to claim ownership over things that had happened before one was born, as Hilary had done. He added that we’ve all inherited things from the past, and telling the truth about and acknowledging the trauma we each have—regardless of race or cultural background—is the only way forward.

Reparations and Rethinking Ownership of Wealth

For Hilary, reparations are necessary because they reduce the harm from traumatic events that can never be undone. As she was speaking about the significance of reparations, Hilary highlighted the importance of listening to and being responsible for what’s being asked for by communities of color. As Hilary explained, this often entails moving money towards work being led by and is for BIPOC communities.

Edgar echoed Hilary’s sentiment that while there are things we can’t undo, what we can do is try to repair harm. He went on to explain that a fundamental question around reparations and money that is necessary to grapple with is “whose wealth is it?” He added that if we evolve our understanding to see the ways in which wealth was built on stolen land and from the slave trade industry, we can see how white folks have been given advantages to build wealth in their communities that people of color have not. Edgar further elaborated that if we think about the money we have access to as wealth that has been extracted from communities of color, then it’s easier to have conversations about reparations and to accept the idea of sharing ownership.

Edgar also spoke about how reparations aren’t just about repairing harm from past events that occurred a few hundred years ago. They’re also about the “layers of trauma that have been caused by white supremacy and exploitation” as well as the policies and practices that continue to marginalize and disadvantage people of color to this day. As Edgar put it, in order to repair what needs repairing today, we need radical policies and radical transfers of wealth to BIPOC communities in order to achieve balance.