Local Florida Groups Form the Only Statewide Rights of Nature Initiative in the U.S. 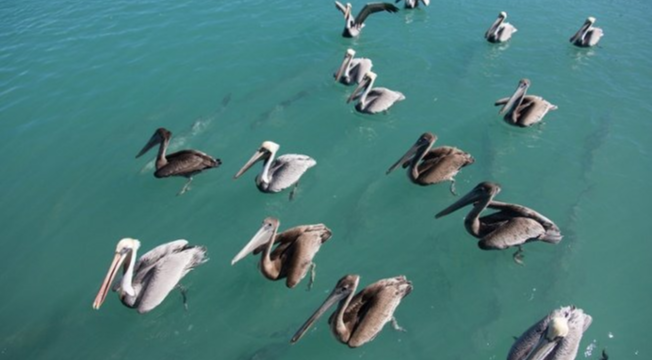 On February 9th, local groups in nine different Florida counties formed the only statewide initiative in the United States attempting to secure the Rights of Nature. This initiative, called the Florida Rights of Nature Network, includes several members of the Pachamama Alliance Community of Southwest Florida, who have been working since last spring to protect their local river from toxic agribusiness runoff in Lee County, Florida.

Now that these local groups have begun coordinating a statewide effort, their mission is twofold: establish the Rights of Nature at the local level as well as at the state level.

At the local level, these groups are attempting to amend their county charters to include the Rights of Nature. According to Gary Robbins, a Core Team member of the Pachamama Alliance Community of Southwest Florida and the Lee County Rights of Nature group, 74% of Florida residents live in counties with home rule charters.

These charters establish the citizens’ right to protect their own health and safety, and provide a powerful avenue to establish the Rights of Nature at the local level. By doing so, citizens are creating a legal structure that protects local ecosystems from harm that also impacts the health and wellbeing of the residents and surrounding communities.

Although these local groups have been acting independently until recently, statewide coordination has become necessary because opposition is growing at the state level in the form of state preemption.

The Issue of State Preemption

According to Joseph (Joe) Bonasia, another Core Team member of the Pachamama Alliance Community of Southwest Florida and the Lee County group, committees in both the Florida Senate and House of Representatives have passed bills making Rights of Nature amendments unlawful. These preemptive laws are an attempt to deter the Rights of Nature before citizens have the opportunity to vote on them. Joe believes that state legislators do not want people to have this opportunity because they anticipate that citizens will vote in favor of the Rights of Nature if given the chance.

This is exactly what happened in Toledo, Ohio, United States. In February 2019, Toledo citizens voted to pass the Lake Erie Bill of Rights in order to protect the lake from toxic agribusiness runoff. But, the state of Ohio retaliated against the city of Toledo, and a year later, a federal judge ruled to overturn the Lake Erie Bill of Rights in favor of the state and the corporate plaintiff responsible for the toxic runoff.

How Statewide Coordination Can Overcome the Opposition

Though state preemption poses a serious threat, Gary and Joe see several benefits of a coordinated statewide effort. Now that the local groups are coordinating with each other, they can share knowledge, resources, skills, and information while they brainstorm and problem-solve together. Joe also adds that success in one community benefits all of the other groups as well; by being able to point to an example of a local success, they are able to make a stronger case that giving rights to nature is not only possible, but exactly what people want.

Gary and Joe also point out that if the Rights of Nature are escalated to the state level, there is an opportunity to assert the citizens’ right to self-govern as established in the Florida state constitution. They believe that by illustrating the inextricable link between the Rights of Nature and democracy, they can make a powerful case.

The Rights of Nature Is an Issue of Democracy

Gary and Joe make it clear that state preemptive law is an effort to bypass the people. By making it unlawful for citizens to establish the Rights of Nature, government officials maintain a system that promotes corporate interests while working against the will of the people.

Corporations often have the money to finance campaigns for legislators who will pass pro-corporate policies and impede any measures that may work against corporate interests. As a result, elected officials are often beholden to corporations regardless of the environmental impact and cost to human health.

The Right Idea at the Right Time

Though Florida state officials oppose the Rights of Nature, Gary and Joe have been “astonished” by how deeply people have resonated with the idea and how readily they have accepted it. According to Joe, people jumped at the opportunity to sign an initiative to advance the Rights of Nature. He explains that this is an emotional reaction, that people inherently love the environment and are desperate to change the status quo. He sees that people understand that the environment is under attack and that the current system is failing both people and the natural world.

To Gary and Joe, it’s clear that the Rights of Nature sound and feel right to people, and it is only a matter of time before communities across Florida adopt the Rights of Nature. They anticipate the opposition to grow, especially as measures are passed, but are unafraid to face it head on. As Gary states, “Everything that we’re doing is related to democracy, and who has the power and who doesn’t. And that’s not a power that the local county has given up—it maintains that power for the safety, the health, and the wellbeing of our citizens.”

Many thanks to Joseph Bonasia and Gary Robbins for sharing their thoughts and contributing to this piece.