A Spark of Hope in This Time of Uncertainty 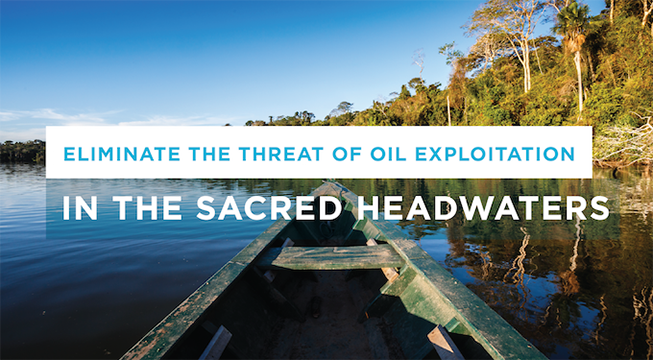 We are living at a time of extreme crises. Hurricanes, earthquakes, floods and droughts of magnitudes that used to be considered 100-year events are occurring every few years. Glaciers are melting. Oceans are rising. The Amazon and other forests that are essential to life are disappearing. More and more people are feeling like we can no longer count on government bodies to protect us and our fragile planet. And there is a new political climate in the U.S. and the world, creating an atmosphere of uncertainty and fear.

The message that issued from the Amazon rainforest two decades ago is more important now than ever: We the People must wake up from and change the destructive dream of the modern world.

Twenty years ago we learned from our Achuar brothers and sisters that when you encounter a threat, you must not run from it, you must go to it directly and confront it. So we did the most effective thing we could: We directly supported the indigenous people of the Ecuadorian Amazon so that they could address the oil threat head on and powerfully stand up for their rights.

I urge you to make a year-end donation to Pachamama Alliance to continue this critical work.

When we were originally called to Ecuador's south-central Amazon we didn't realize that it was an area of such global importance, containing the highest levels of biodiversity in the entire Amazon basin, and possibly the world. During these 20 years we and our indigenous partners and other non-governmental organizations have successfully kept oil and mining companies out of this region. And we have created programs that spread the dream-changing message and call to action to more than 80 countries.

Now, in our 20th year we are beginning a multi-year project to secure permanent protected status of the Sacred Headwaters of the Amazon. This project will set a precedent of collaboration that could serve as a model for projects in the U.S. and globally that bring forth a thriving, just and sustainable world.

Between now and December 31, Pachamama Alliance is raising $100,000 to kick start the funding for the development phase of this project.

I invite you to make a year-end donation so that we can enter into this next phase of our work powerfully and in partnership with the indigenous people of this region to eliminate the threat of oil and other extractive industries once and for all.

Donate to Pachamama Alliance and support the permanent protection of the Sacred Headwaters of the Amazon.