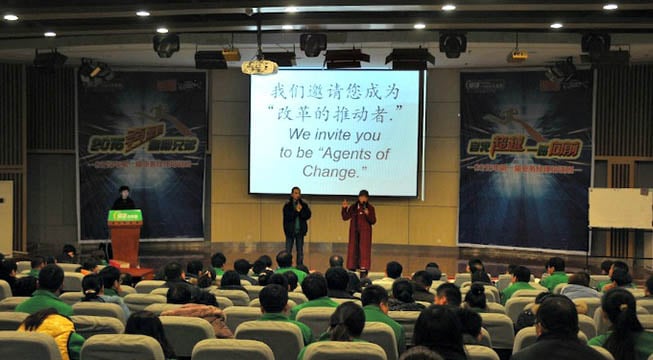 The first Symposium in China happened in 2008 in Hong Kong. The enthusiasm was such that 31 of the Symposium participants trained to become Facilitators that same year. These committed individuals translated the Symposium to Mandarin and created an Awakening the Dreamer community and a charity called The Global Shift Alliance. The Global Shift Alliance’s purpose is to educate and foster collaboration between people, organizations and institutions across South East Asia—taking part in a global movement carrying forward meaningful actions in their communities and environment that bring forth a fair, peaceful, and sustainable existence.

China has two Pachamama Alliance communities and we are thrilled to see them collaborating. These two communities are currently working on the translation and adaptation of the latest version of the Symposium, V-3. The community in Hong Kong has been, for the most part, held by Facilitators Jo Fok and Merrin Pearse. The community in Shandong Province is represented by Mary Klug and William Wu.

Mary Klug has been a Symposium Facilitator in Massachusetts since 2011 and is largely responsible for the Symposium’s success in China. She has been committed to creating a strong Awakening The Dreamer Community in China ever since she saw the Symposium for the first time in the U.S.

An interview with Mary Klug about the history of the Symposium in China.

Inspired by seeing that there’s a large number of people and organizations already committed to changing the dream of the modern world—shifting our culture of overconsumption to one that honors and sustains life—Mary converted the Symposium into a lesson for English as a Second Language teachers and students to begin “planting the seed of the Symposium in China”, as she put it. Ever since, Mary has gone back to China numerous times and presented dozens of Symposiums. With the support of her local community in Massachusetts and recently assigned Awakening the Dreamer Coordinator in China, William Wu, the possibilities for the awakening of thousands in China feels palpable an exciting.

One of the team’s dreams is for the Symposium to take off in other areas within China. To start off, they created a partnership with Solar Valley, which is one of the biggest solar energy production bases in the whole world. In February 2015, the Symposium was presented to 350 Solar Valley tenants and employees who left committed to creating an Awakening the Dreamer team in Dezhou, China.

The team's next commitment is to bring the Symposium Facilitator Training to Shandong Province in 2015.

Help Translate the Symposium to Chinese

We're raising $1,500 to translate the Symposium to Chinese 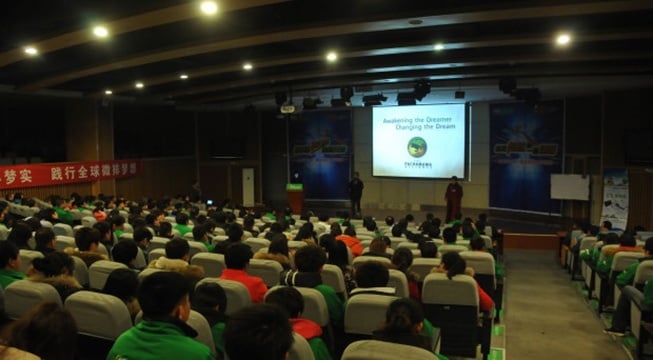