Racial Justice in These Times: A Conversation with Konda Mason and Drew Dellinger 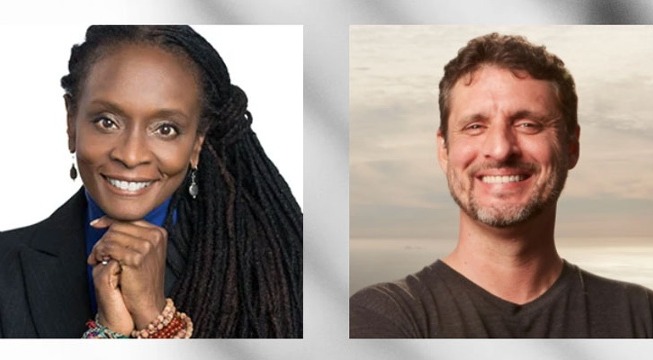 The global Pachamama Alliance community came together on February 22, 2021, for a conversation on racial justice with Konda Mason and Drew Dellinger, two longtime activist leaders at the intersection of ecology and justice and partners of Pachamama Alliance. As they spoke about the inextricable link between the environment and social justice, they also touched on topics such as interconnectedness, intersectionality, spirituality, and more.

As Drew spoke about the intersection of ecology and social justice, he highlighted just how important it is to relate to the two domains as interconnected. He explained that unless we understand the connections between the climate crisis and social injustice, we won’t address the root causes of these interrelated issues: capitalism, patriarchy, and white supremacy.

Drew went on to say that those of us involved in the environmental movement must be intersectional and look at the ways ecological destruction is related to these social justice issues because “this is part of what it means to be interconnected.” He added, “Interconnectedness is not just an ecological or spiritual thing that doesn’t relate to social justice.” Drew elaborated further, saying “We are so quick to talk about that through quantum entanglement, we’re connected to the farthest reaches of the cosmos. But no one wants to talk about how we’re connected to the Virginia Slave Codes of 1705. That’s part of interconnectedness too.”

The Implications of Bifurcating the Environmental and Social Justice

Konda also spoke about the importance of relating to environmental issues and social justice issues as interconnected, while also touching on what’s excluded or unattended to when we address these domains separately.

As Konda explained, the environmental movement often stifles people’s understanding of racism and the work needing to be done because it encourages people to focus on saving the planet without addressing the impacts on people. She went on to say that even when the connection between the environment and people is made, it is often about people in faraway places like the Indigenous peoples of the Amazon and not about people in our own communities.

Konda then spoke about how bifurcating the environmental movement and the social justice movement can lend itself to spiritual bypass when people focus solely on the idea that “we’re all one” without also grappling with people’s unique lived experiences. As she put it, the truth of life includes both the universal plane, which says we’re all one, and the relative plane, which speaks to people’s unique identities and experiences as well as all the implications that follow.

Konda also touched on what’s possible in regards to change. She said, “At the core is the human mindset that has created everything. And if we’ve created it, we can uncreate it.”

Like Konda, Drew also spoke about the spiritual aspect of the intersection between ecology and justice. He discussed what he calls the “affectations” around what is considered spirituality. He pointed out how someone who speaks in a soft voice is not necessarily more spiritual than someone who shouts. He also pointed out that denial is not spiritual, and that spirituality and awareness are synonymous. He added that having the courage to look at the painful truths of our history, our lives, our current systems, and the ways we’re all complicit is spiritual work.

Towards the end of the call, Drew elaborated on the relationship between spirituality and accountability. He drew attention to the ways that many people in the environmental movement disengage from social justice because concepts like anti-racism seem “too negative.” He pointed out that this rhetoric and mindset is not spiritual, but rather denial and a lack of understanding of what accountability means. Drew went on to say that what we’re each being called upon is to pull ourselves out of denial, build awareness, and implement—not just think about— justice. And, to do this work with love and compassion.