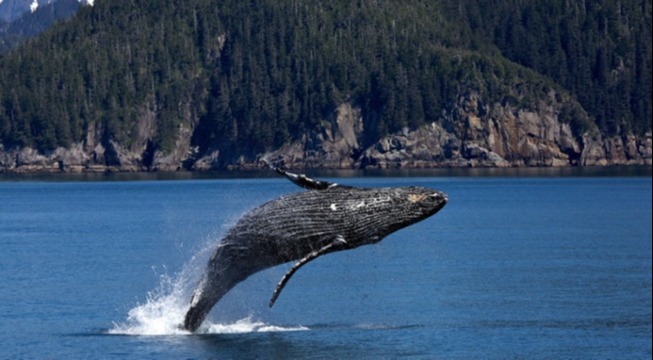 Scott’s Story: From Working for Big Tech to Joining the Environmental Movement

Scott Henson, one of the founding members of the local Pachamama Alliance Community in Seattle, wasn’t always interested in the environmental movement. For many years, Scott had been a tech executive working with companies like Microsoft and Amazon. During his time with Amazon, Scott started to realize that something wasn’t quite right with his lifestyle and could see the toll it was taking on his family. As he saw how overwhelmed his daughter was as she grappled with school and her future, Scott knew he had somehow contributed to that. But, he couldn’t quite point to the root cause of what he and his family were experiencing—until he attended an Awakening the Dreamer workshop.

As the workshop unfolded, Scott started to see how he had been caught in a consumerist narrative and culture that encouraged him to constantly work, think that more is better, and focus on “made-up metrics” about profit and infinite growth to satisfy corporate shareholders. The workshop revealed how this consumerist worldview disconnects humans from the natural world in ways that are disastrous for both people and the planet. Scott was finally seeing the connection between the unsustainable worldview he was caught up in, the impact of that worldview on his family, and the worsening climate crisis.

After taking the Game Changer Intensive, Scott felt compelled to do something about the climate crisis and saw that he could make a difference at the local level. He eventually quit his job working in tech and began focusing on bringing climate change solutions to his community.

After connecting with two Pachamama Alliance program participants in Seattle, Barbara Young and Kathy Dawson, Scott partnered with them to create a local group that organized people around climate change solutions. Scott and his Seattle team drew people in with the possibility of reversing global warming and centered the discussions on what Project Drawdown has identified as the top climate change solutions available today. Pachamama Alliance workshops—such as Reversing Global Warming—were key in bringing people together around how to collaborate on taking effective action using Project Drawdown solutions.

Though many people in Seattle want to address the climate crisis, they often don’t know how to begin because they’re doing it alone or are paralyzed by the magnitude of the issue. By offering a community to step into, the Seattle team was providing a way for people to see that they could make a difference by working together at the local level.

Early on in offering the Reversing Global Warming workshops, Scott was unexpectedly contacted by a Seattle Times reporter who wanted to learn more about the work Scott and his community were doing. The reporter sat in on the group meetings for the next three months and interviewed the Seattle team as well as some of the workshop participants. Eventually, the reporter published an article on the team’s work that made the front page of the Seattle Times. The article caught the attention of one of the largest churches in Seattle, St. Mark’s Episcopal Cathedral, who invited Scott to partner with their Care for Creation team for Earth Day 2020.

How a Local Conversation on Climate Change Went Nationwide

At the same time that Scott was partnering with St. Mark’s, he had learned about a film on the climate change solutions outlined by Project Drawdown and Doughnut Economics called 2040. Scott watched the film and saw its direct connection to the climate change work he was engaging with in his community. He wanted to use 2040 to invite more people into the conversation on climate solutions, so he started hosting community screenings. He first hosted a screening for the general public in Seattle, and then hosted another for the Episcopalian churches in the greater Seattle area he had partnered with for Earth Day.

One of the participants of a workshop the Seattle team had hosted contacted Scott and suggested he connect with a handful of local churches that were trying to collaborate on an environmental initiative but were unsure how. Scott shared with them the work he was doing with the local churches for Earth Day and the workshops, as well as the 2040 film. The churches expressed interest in Scott doing something similar for their communities, so he set up a screening with a two-week window where people could watch the film followed by a discussion.

Initially, Scott expected two or three churches in Seattle to participate, but it turned out that two of the participating organizations—Seattle University and the Intercommunity Peace and Justice Center—shared the invitation with their nationwide networks. To Scott’s surprise, the invitation to his screening was shared with thousands of people, and what had started as an event for just three parishes became a conversation involving nearly 60 parishes and organizations across 10 U.S. states.

Having grown up in a conservative, Evangelical Christian environment, Scott never imagined he’d be partnering with hundreds of churches on environmental issues. His own personal journey of leaving the high tech world to catalyze climate change action in his community is a testament to the unexpected opportunities that are available once you open yourself up to change. As Scott put it, the desire to address the climate crisis is out there—people everywhere are looking for ways to engage in and to be part of the solution. Sometimes all it takes is an intention to make a difference, and “it turns into something you never expected at all.”

Many thanks to Scott Henson for sharing his story and contributing to this piece.