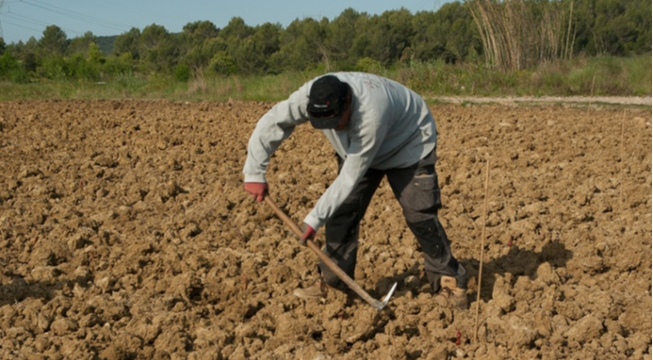 On June 14th, the Pachamama Alliance South Bay Facilitators Community hosted a virtual event with the Center for Farmworker Families. The Center for Farmworker Families engages in projects that improve the living and working conditions of California farmworkers who have migrated from Mexico. It also raises awareness of the struggles these farmworkers face, such as poverty and oppressive working conditions, through its Farmworker Reality Tours.

Originally, the South Bay Facilitators Community had plans to participate in a Farmworker Reality Tour, which was cancelled in lieu of COVID-19. Wanting to uphold their commitment, the South Bay Facilitators Community requested a virtual event. At this virtual event, Center for Farmworker Families founder and executive director Dr. Ann Lopez and board of directors president Jason Bayless spoke about the history of their work and their ongoing efforts to support farmworkers and their families.

Participants in this virtual event also had a chance to watch a recording of a Farmworker Reality Tour, which replicated the in-person experience of hearing directly from farmworkers.

According to Dr. Ann Lopez, around 60-80% of farmworkers in California are undocumented. To explain why this is, Dr. Ann Lopez pointed to the North American Free Trade Agreement (NAFTA).

Prior to NAFTA, a tariff at the U.S.-Mexico border protected small farmers in Mexico who practiced sustainable corn, squash, and bean intercrop farming. When the farmers harvested their corn, the Mexican government would buy around two-thirds of their yields to sell at below market price for people who couldn’t afford food. This mitigated poverty until NAFTA was enacted.

Once NAFTA freed U.S. farmers of the tariff, tons of GMO corn from the U.S. entered Mexico. Because this corn was cheaper, it undercut the farmers in Mexico, and domestic corn was no longer as valuable to the Mexican government. At the same time, the low-cost markets set up by the Mexican government were wiped out, and prices for other necessities like gas rose. As a result, many rural farmers and their families could no longer survive off of their farms.

When NAFTA was drafted, the agreement was that the tariffs would be removed gradually over 15 years to give farmers in Mexico time to adjust and find other employment. Dr. Ann Lopez interviewed some of the farmers at the time, and learned that the tariffs were removed within 30 months.

As Dr. Ann Lopez explained, this left farmers in Mexico with three options: stay on their farms and starve, send a son or father to a big city for work, or make an undocumented passage to the U.S. As a result, the current farmworker population in the U.S.—especially in California—is primarily made up of what Dr. Ann Lopez calls “economic refugees of NAFTA” who came to the U.S. in order to survive.

A Glimpse into the Living and Working Conditions of Farmworkers

According to Dr. Ann Lopez, undocumented farmworkers in the U.S. are “caught in a web of oppression.” Not only do U.S. growers exploit farmworkers by reaping huge profits while the average farmworker lives in poverty, but they also threaten to backlist them if the farmworkers unionize. Fear of deportation also deters unionization and other attempts to secure better working and living conditions.

As Dr. Ann Lopez stated, the longer these farmworkers are in the U.S., the sicker they become. Farmworkers and their families endure poverty, lack of healthcare, intense manual labor, exposure to toxic pesticides, crowded living arrangements, and higher incidences of cancer and other illnesses. When work is scarce or inconsistent, such as during the winter or the COVID-19 pandemic, farmworkers and their families are at risk of starvation.

The Work of the Center for Farmworker Families

As part of its binational approach, the Center for Farmworker Families works in Mexico as well. It throws parties in the poorest villages of Jalisco, provides clothing and shoes to communities in need, and supplies food and clothing for remote Indigenous villages in Oaxaca.

Though the Center for Farmworker Families has made considerable strides, Dr. Ann Lopez asserted that what’s really needed is systemic change. Comprehensive immigration reform, fair wages, contracts with growers, conversion to organic farming free of agro-chemical industry pesticides, and farmer cooperatives were some of the changes Dr. Ann Lopez suggested.

Board of directors president Jason Bayless also highlighted the importance of people connecting directly with farmworkers, such as through their Farmworker Reality Tours. As he put it, doing so makes it harder to turn a blind eye to their struggles and believe the damaging narratives often perpetuated about undocumented people. Building that relationship also encourages people to become better allies to farmworkers.

To learn more about the Center’s work and what you can do to support farmworkers, visit the Center for Farmworker Families website. You can also watch the recording of the virtual event from June 14th here.