The Path Forward in 2021: A Conversation with Bill and Lynne Twist 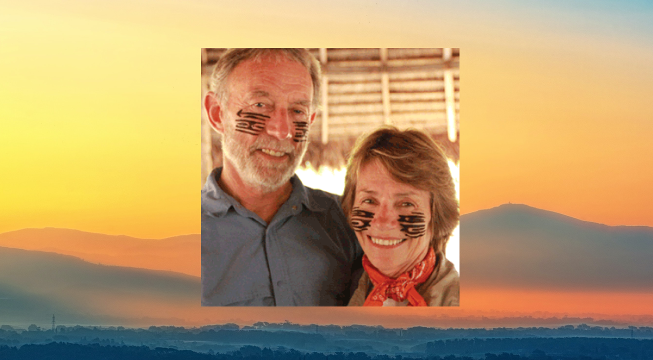 The global Pachamama Alliance community came together on January 21 for a conversation with Co-founders Bill and Lynne Twist about the path forward in 2021. They spoke about this moment of transition—particularly in the context of President Biden’s inauguration in the United States—as well as the need for different economic models that serve all life, and the power of youth-led movements for creating lasting change, among other topics.

The Time to Step Up is Now

As Lynne reflected on the significance of a new presidency in the U.S., she made it clear that none of the challenges facing humanity in 2020 have gone away and that the time to step up—not step back—is now. She went on to say that it would be a mistake to relax and retire from working to create a world that works for all because that work still remains. It’s critical that humanity recognizes the enormous impact we have on other species and each other, and for each person to stay the course and find their role in bringing forth the transformation the world needs.

In light of the political divides within the U.S., Bill offered his thoughts on this idea that there is a growing split between the left and the right, liberal and conservative, and how this represents a false dichotomy. He went on to say that in actuality, growing economic inequality and the divide between the few who benefit disproportionately from the economic system and those who don’t is the fundamental issue.

Bill elaborated by saying those with economic power continue to hoard the benefits of society, while pitting everyone else against each other—usually along political or racial lines—for less and less. This encourages those without economic power to blame each other, while those who seek to maintain economic inequality for their own benefit evade responsibility for doing so. As a result, those with disproportionate economic power are able to perpetuate a system that fails to meet everybody’s needs in order to continue concentrating wealth and power for themselves.

How Corporate Power Has Subverted Democracy

As Bill spoke about the importance of focusing on economic inequality, he also discussed the role of corporate power. He went on to say that in our society, we have this idea that the most important thing is free market activity, and that this is antithetical to democratic control because it allows oligarchic or economic power to override the will of the people.

Bill pointed to corporate personhood as a powerful tool that allows corporations to assert the rights of individuals, while concentrating wealth and maintaining a system that doesn’t respond to people’s needs but instead to corporate interests. He continued by saying how corporations have subverted democratic control in this way, and as a result, democracy is absent at the grassroots level where it’s needed most. And what we need are economic and political systems that spread the benefits of economic growth fairly amongst everyone, while simultaneously tempering economic growth so that it doesn’t destroy the planet.

The Role of Youth in Shifting Unsustainable Systems

In thinking about what’s needed in order to create economic and political systems that care for people and planet, Lynne highlighted the power of youth to bring forth the necessary changes. As Lynne explained, those who are elders now have an opportunity to be in service of young people who aren’t daunted by the challenges facing humanity, but rather are emboldened by them. She pointed to the many young activists in the world who are getting into action and taking risks to speak up and take a stand for a more just and sustainable future.

Lynne continued, stating that many institutions in our society are collapsing because they’re rooted in a “you or me” paradigm instead of in our inherent interconnectedness. As these institutions and systems collapse, we need to create new institutions from scratch. Lynne sees this as the work of young people, who certainly need the wisdom of elders in that process but who will ultimately be the ones to usher in this change with their vision, clarity, and collective power. As Lynne put it, “young people are ready, willing, able, and on the job.”